Beijing further continues and fortifies illegal actions started last year against Lithuania, an EU member state. Not only does this contravene the development of China’s relations with the democratic world but also changes Beijing’s declared policy of not hindering the development of mutually beneficial relations with one of the world’s most advanced economies – Taiwan.

The Ministry of Transport and Communications reminds that after Beijing’s illegal actions against Lithuania last year, economic cooperation between the countries have practically stopped.

A delegation headed by Agnė Vaiciukevičiūtė, the Deputy Minister of Transport and Communications, visited Taipei on August 5-12, and during the visit initiated many mutually beneficial business projects. Currently, the delegation has returned to Lithuania.

More about this visit: https://sumin.lrv.lt/en/news/lithuania-and-taiwan-to-develop-cooperation-in-transport 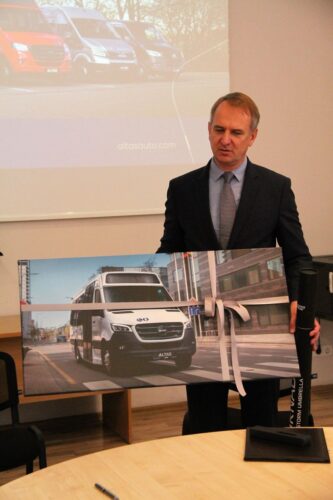